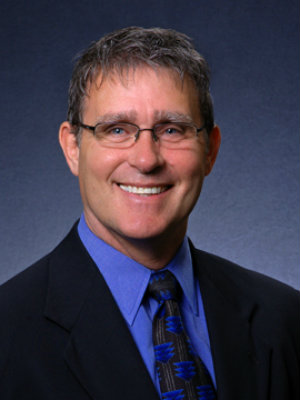 Husband. Father. Builder. Inventor. City Councilman. Successful businessman. If you were to ask local resident Dan Christensen about all he has accomplished, he would tell you it stems from his belief that there is no limit to what you can achieve. Perhaps this outlook is the result of growing up on a small farm near Mankato where Dan learned the value of a hard day’s work as a young boy. Whatever it is, for Dan, a boundless approach has been the common thread that has resulted in good things throughout his life.

Dan says: “I was inspired by our late president, John F. Kennedy, who said, ‘Some men see things as they are and ask themselves why. I dream things that never were and ask, why not?’”

You could say these sage words of our past president have become Dan’s mantra and its message can be seen in all that he does. In fact, it was this unlimited spirit that prompted Dan to buy a plot of land and build a home for his family just after graduating from an area vocational technical school with a degree in construction. As the project neared completion and his financial resources had worn thin, Dan began to wonder how he would ever furnish the new home. In step with his no limits philosophy, he decided to take matters into his own hands—literally. What followed was an award winning line of outdoor furniture with a patent in all 50 states. But perhaps Dan’s greatest challenge came after he won a seat on the City Council.

You see, taking an active role in the community is what really makes Dan “tick.” And during his tenure on the council, he worked tirelessly to make good things happen. One item in particular was when he testified before the Senate to restore the city’s finances after a state financing gap left the city with a six-figure shortage. It’s a big accomplishment, but one Dan argues was merely an act of “taking his turn.” “We are a close-knit community,” he says. “I did what so many others already had, and would do, afforded the time and given the opportunity.” But perhaps where Dan makes the biggest difference is in his career today. As a leading real estate professional serving Mankato and Saint Peter, as well as the “Lake” areas of Eagle Lake and Madison Lake, Dan is putting his inventive and boundless spirit in action to make good things happen for friends, neighbors and newcomers to the area.

It’s just an extension of Dan’s no limits approach to life, and it has meant great things for so many. Helping families, whom he now considers friends, find the home of their dreams has proven to bring a great deal of satisfaction. “Moving is never an easy thing for a family to go through,” Dan says. “Whatever I can do to make the transition as smooth and worry-free as possible, I’ll do. That’s just as important as the actual home sell or purchase.”

With a knack for numbers, problem solving and extensive area knowledge, Dan has found his true calling. “Everyday is something different. You’re almost always on the edge of your seat. That’s how fast the market changes,” he says. “But that’s what keeps me excited, interested and working hard.”

But it’s not just Dan’s friendly demeanor and boundless approach that give him a competitive edge, it is his utilization of the latest technology. By putting the power of modern marketing techniques to work in his career, he is able to ease the complication that sometimes inhibits people from even wanting to enter the market.

Dan can’t really walk on water, but he has been known to pull off a miracle or two when the going gets tough, that’s how strong his commitment is to his real estate clients.

So if you’re planning on moving to, from or within Mankato, Saint Peter or the surrounding communities, including lakefront homes, turn to the professional with a history of making good things happen. He’s just the Realtor® to help you and your family get the most out of your next move. Give him a call today! You’ll be glad you did!

Looking for the perfect home in the perfect place? Chances are you'll want to check here first. 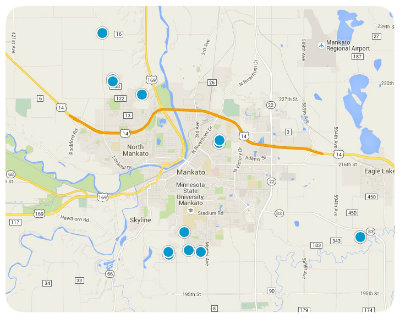